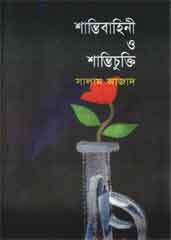 The Chittagong Hill Tracts had been in a state of war for two decades. The region was isolated from the rest of the country by military and so-called civilian governments. Dual rule was continuously going on in the same country. As a result of the peace agreement signed on December 2, 1997, the dual rule in the Chittagong Hill Tracts came to an end. One tenth of the isolated country has been recognized as an integral part of Bangladesh.

It is being discussed that the Hill Tracts Peace Accord will be helpful in resolving the problems of other countries of the world which have ethnic problems.
Over the past two decades, Bangladesh has been criticized by the outside world for its direct and indirect persecution of the indigenous people of the Chittagong Hill Tracts, especially for human rights violations, including arson attacks. Due to human rights violations in the Chittagong Hill Tracts, various donor countries and organizations were pressuring the authorities of the Bangladesh government. The sincere goodwill of the Awami League government, the cooperation of the Government of India and the sincerity of the members of the peace force have played a major role in the execution of the peace agreement.

His more notable works are below

The armed peace force of the Jana Sanghati Samiti led by the late Manabendra Narayan Larma was compelled to take up arms on the question of preserving the ethnic and cultural heritage of the hill people. Khagrachhari, Rangamati, Bandarban – The hill people of these three districts in the Chittagong Hill Tracts had sympathy and support for the peace forces from house to house. It was one of the most helpful forces to keep the war going and keep the morale of the peace forces intact. Even then, a handful of opportunists in the hills have brokered military and so-called civilian governments. As did the anti-independence clique like Razakar Alshams, Albad Jamaat-e-Islami, Muslim League etc. in the liberation war of Bangladesh in 1971. Apart from the aforementioned parties, the main opposition party BNP has been opposing the peace force agreement with the Awami League government led by Jyotirindra Bodhipriya Larma alias Santu Larma.
Though the party was born in a military camp and formed an anti-independence clique, it is strongly opposed to Bengali nationalism in all parts of the country. Highlighted here. That is why there is no doubt that this book will be accepted as a historical book by the readers. Therefore, for the convenience and knowledge of the readers, the PDF file of the said book has been given on this page. Readers can easily collect the book from this web page and read it online.