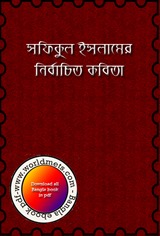 Poet Shafiqul Islam is a symbol of youth and Rebellion. The main theme of his poetry is love and rebellion. Besides writing poetry, he wrote a lot of songs. His patriotic and social-conscious songs attempt to stir up the people against discrimination and exploitation. He is enlisted lyricist in Bangladesh radio and television. Nature and love is the source of endless inspiration in his poetry. The poet give the language to the untold emotion of youth’s heart through his poem which turn into external expression of universal emotion.
Shafiqul Islam was born on February 10, 1963 AD at khuliapara of Shekhghat in Sylhet district.. His father, Mantaz Ali was by profession a customs officer. his mother’s name is Shamsun Nahar, a housewife.

An honest and sincere officer poet Shafiqul Islam belongs to the BCS (Administration) cadre. His career began in Kushtia DC office as Assistant Commissioner. Later, he became Metropolitan Magistrate in the CMM Court of Dhaka City. He was former ADC, Brahmanbaria district. He also served as General Manager in the Road Transport Corporation of Bangladesh and deputy director of the Directorate of Relief and Rehabilitation. He also held position of Senior Assistant Secretary to the Ministry of home affairs, deputy secretary in Economic Relations Division in the Ministry of Finance and At present, he is working as deputy secretary to the Ministry of Agriculture, Government of the Peoples’ Republic of Bangladesh. During his career, Shafiqul Islam traveled many countries for official purpose, among them Britain, Thailand, Malaysia, Vietnam, South Korea, Philippines and Singapore are noteworthy.
He has been writing poetry since childhood. During his college life he published a literary journal named ‘Spandan’ edited by beating out a name. Moreover, during study in college his poems and short stories were being published in his college magazine.

Get this Poetry Book Nirbachita Kabita free from this page below.